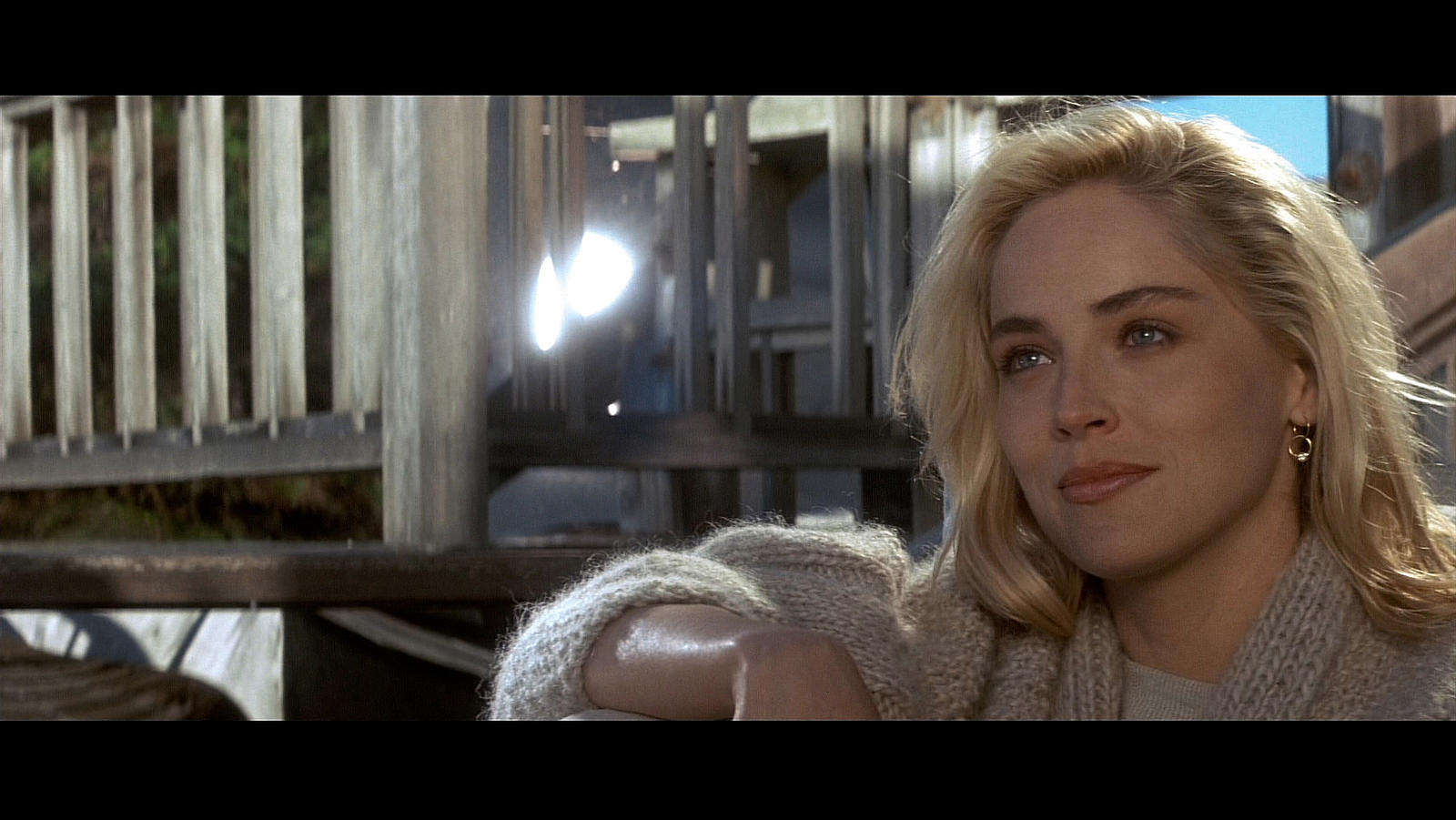 I published this article originally in TREMG, in 2020.

Elegant, manipulative, defiant, beautiful, intriguing, seductive, perverse, vicious. Catherine Tramell has it all and doesn’t know about boundaries or rules. She lives on the fast lane and doesn’t spend one second of her life in anything that doesn’t bring her extreme emotions.

This millionaire writer gets involved in a criminal case because someone, maybe herself, has killed her former boyfriend the same way she narrated it in one of her novels. The police, embodied by agents Nick Curran (Michael Douglas) and Gus Moran (George Dzundza), are assigned to the case.

She takes advantage of the situation to do research for a character in a new novel she is writing based on Nick. She plays cat-and-mouse with passionate Agent Curran. She seduces him, making him crazy.

The day she goes downtown to testify to the police, everybody’s jaws drop to the floor. While talking about her relationship with her boyfriend, she crosses her legs wearing nothing under her dress. The agents eyes are dropping out of their sockets while she is complacent, smiling.

Catherine seems to have everything under control and nothing makes her nervous at all. She finally gets under the sheets with Curran, and while they are having sex, she ties him to the bed, the same way her ex-boyfriend was killed in his house. This is just one of the many evil games she subjects Nick to.

Catherine tells Curran that under her stern demeanor there is a traumatized, hurt woman whose loved ones die in strange circumstances. It might also be another of her tricks to get away with what she wants.

Tramell is much more than a “Femme Fatale“, she is fully aware of her power, she enjoys manipulating and dominating men. She is a millionaire, she has a lot of class, she is a worldwide well-known writer, and she has ties with the rich and powerful due to her influences and her high social position in San Francisco.

Tramell is also a psychologist and has great self-control. Only this can explain that during the interrogation in the Police station, she passed the lie detector test.

She does not like the Law or the Police and she shows it with her attitude and actions throughout the film.

Catherine knows how to lie, she lacks morality and empathy. She is tremendously dangerous. A cold and calculating serial killer.

Her game takes all or nothing. If she gets away with it, the pleasure of killing will make her enjoy the moment to the end. If she gets caught, it is a life sentence or almost certain death penalty. There is no situation in the world that exceeds that level of risk and that at the same time causes greater delight or satisfaction. There is no way back.

She is, so to speak, the Queen Mantis, and we already know that the Praying mantis devours the male of its species after copulating with it.

She is nothing more than a ruthless killer. Who knows? Everything about Catherine Trammel is a seductive mystery.