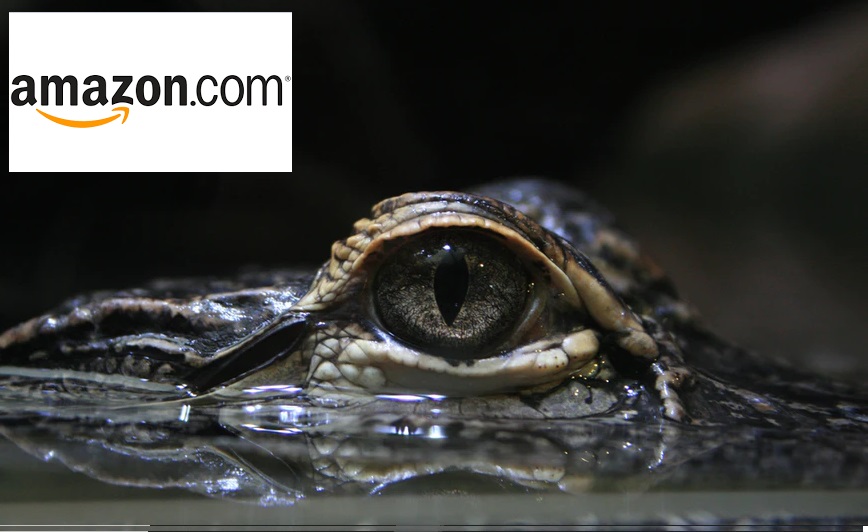 I have been an Amazon customer for more than17 years. I have an outstanding DVD collection I bought from Amazon in the 2000s that I still keep. I have bought books, computers, clothing, shoes, watches, kitchen appliances, toys, caps, hats, cellular phones, music players, lightbulbs, CD players, everything.

Buying from Amazon, or any other online retailer for that matter, has this emotional component of waiting for your package to arrive and open it to find that item that you carefully selected and thought about from the moment you clicked that yellow “Buy” button. You think of it, dream of it, and have this feeling of anticipation until it arrives, and you can enjoy your purchase. That is my experience and many of my friends too.

Imagine if you have, as I said before, this feeling of anticipation for the box to arrive, very similar to what we felt as children on Christmas day and Santa’s gifts and find out that your package has been stolen. Imagine that situation when you have bought an expensive item, meaning anything over $100. Package theft has become a problem in recent years in the United States. According to New York Post, 210 million packages were stolen from porches across the U.S.A. in 2021.

Any Internet user will find tens of surveillance videos on YouTube where people appear stealing packages from the front doors of houses. Dr. Ben Stickle, a criminal justice and theft expert at home, is cited saying that “Package theft is a crime of opportunity.” He is referring to thefts by a passerby. But what if packages are being stolen by Amazon drivers themselves?

An outstanding number of the videos found online show packages being taken by Amazon personnel. In these surveillance videos, drivers place a package on the floor next to the recipient’s door, take a picture that the Amazon system sends to the package owner as proof of delivery, and then take the package back with them and leave. There is one video where the driver can be seen leaving the Amazon package and taking another parcel that had been delivered before by another company at that same door.

Last month I bought a laptop computer and followed this process, as I always do. I even followed the delivery of the package live on the Amazon website on a map that shows the truck moving towards the warehouse address. Then, I called the freight forwarder about my package. They told me that they had indeed received several packages from Amazon that day and time, but they did not get mine. They searched around the whole warehouse and never found a trace of it. It could later be seen on a surveillance video that the driver did something very suspicious: he took packages outside the truck and scanned them, but then he put them back and did not deliver them to the warehouse. This act set off the alarms among the warehouse staff.

Packages are scanned when they are about to be delivered and this process sends a signal to the system saying that they were left at the indicated location, very much so as the picture does when the package is left at the front door of a house. In this case, the driver did not ask for proof of delivery such as a signature and the name of the person who got the package; or maybe it is that Amazon’s delivery system does not contemplate that procedure, I don’t know.

Apparently, this would not have been a problem if I lived in the U.S.A. In that case, Amazon’s protocol contemplates the refund of the money or the replacement of the item. We, international customers, are never warned about a big caveat: if your purchase is to be delivered at a freight forwarder location, ”Amazon won’t be responsible for damage, defect, material difference, or loss that occurs to goods after they’re delivered to you or a freight forwarder. This means that Amazon isn’t able to provide a replacement or a refund for any shipment taken outside of the U.S. by hand-carrying or using a freight forwarding service.”

It is reasonable. If the package gets damaged or lost after the package is in the hands of the exporter, it is obvious that Amazon can’t be liable for that if such an event happens when the package is not their responsibility anymore since they are not handling it, but, what happens if the package is “lost” or taken by the Amazon driver? Since such situation is very difficult to prove by us, international customers, since we are obviously living in another country, we are likely to lose our money because Amazon does not cover losses if you cannot prove that it was their driver who took the parcel.

I was lucky enough to count on the help of my freight forwarder who had videos to prove that my package never entered their warehouse and the will to provide me with all the documents I needed to file my claim; otherwise, I would have lost my money. It is worth mentioning that Amazon considered refunding my money after I complained very bitterly about what happened on their social media. Before that, I was just given a very blunt response that said they would not consider any refunds or replacements due to the package being delivered to a freight forwarder.

What can international customers do to avoid such problems? I would recommend you consider the following: