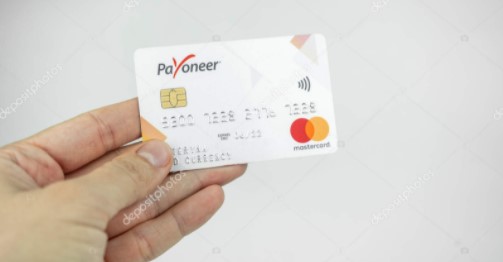 I have been away from my webpage for a while, or should I say from my blog, since I never leave my website unattended. I was waiting for an interesting topic to write about, and in my experience, interesting topics appear by themselves. I try to avoid getting on the bandwagon of the latest topic just to capitalize on it and gain any exposure for my webpage. Nothing had appeared in a while. I am still thinking about writing something about fashion designer Halston and Venezuelan-born American artist and performer Victor Hugo, and how biopics sometimes deform or cast the wrong light on people’s lives. That topic will include Luis Miguel’s biopic also, but that’s a discussion for another article.

I always aim for positive topics, and I really don’t like to write about negative aspects related to people, companies, institutions, etc. I prefer to have a positive approach to things as much as I possibly can. Nevertheless, today’s topic, sadly enough, is not that positive, at least partially. I decided to write an article about my experience with the recently launched product from Banco Mercantil Panama called Mony and how it opposes as a good product to Payoneer, the globally used payments platform aimed mainly at freelancers.

Banco Mercantil Panama is associated with Venezuela’s Banco Mercantil (I don’t know if calling it a branch office, really, because I don’t know which one depends on the other if they do). Banco Mercantil thought that it would be a good idea to launch a product that would offer Panamanians and Venezuelans the possibility of receiving and making money transfers and payments using an electronic account very much as the USA’s Zelle system, but only among Mercantil’s clients. The bank advertises the account as a financial instrument that allows users to send and receive money between Mony clients and receive funds from Panamanian banks.

But here is where things get confusing. When I opened my Mony account, I received a PDF showing that I could also get transfers in dollars and Euros using intermediate banks, one in the USA and another in Spain. They also implemented a “recharge” option where a client can specify a credit or debit Visa or MasterCard card from any country and “load” money into the account by charging the aforementioned cards.

The point is that I find Mony to have many inconsistencies and many flaws, especially when compared to Payoneer.

For instance, after reading in the PDF that you could get money transferred using the intermediary bank in the USA, I found that Mercantil Bank Panama says that it is not true, and that funds can only be transferred from banks in Europe and in Euros. If any person is planning to use this account to get payments, say, from clients around the world, the user is limited to clients in Europe. Another inconsistency is that Mercantil claims that Mony users can “recharge” or “load” money using credit and debit cards from around the world, with one startling exception: Payoneer MasterCard cards. This is mind-boggling since Payoneer is one of the most universal payment instruments since they handle clients from AROUND THE WORLD, period. Their card can operate in virtually any country, but for some reason, Mercantil Banco Panama doesn’t allow Payoneer clients to transfer money from their Payoneer accounts to Mony using their MasterCard Payoneer card. Payoneer MasterCard card is so universal that it even includes MasterCard’s signature contactless technology that allows users to pay by tapping the card on the POS terminal. The Mony card is a MasterCard, too, but it doesn’t include that technology. I have to mention that, with Mony, you can’t make regular money transfers from Payoneer either.

Now, for me, all these characteristics make the Mony account pretty much limited. Apparently, you can only receive money from people who have the same account, or from people who live in Europe or happen to have a European account or people who live in Panama. That’s it. If you are a Payoneer client, you are penalized and can’t use Payoneer to load money into Mony (no pun intended). You can’t transfer money using bank transfers from Payoneer either, which you can normally do to virtually any bank account on Planet Earth.

Now, that is not the worse part. I haven’t talked about the platform’s technological failures.

Although you can access your Mony account from the web using your computer, Mony’s operations gravitate around their telephone app. As said before, apparently, Mony is based on Zelle, the platform that allows making interbank transfers instantly. All the transfer operations that Mony allows are done on the phone. In the beginning, I could “load” Mony from Payoneer using my card, but that feature was blocked by Mercantil Panama. After asking Customer service, they told me they did not support Payoneer transactions. Stubborn as I am, I tried to do it again. I transferred $10.00 twice and the system told me twice that the transaction had failed. Nevertheless, they charged my Payoneer card twice with two $10.00 charges. Another flaw is that when registering a card from another bank on Mony to get “reloads”, they make a charge between 1 and 10 dollars (!) on that card so you check it on your statement on the other bank and report it. This is a safety procedure to ensure you own that card. Mercantil Banco Panama claims that such charges are reimbursed. I had two charges, one for $4 and another for $7, and they haven’t been reimbursed to my Payoneer card or “loaded” into my Mony account. I am still waiting for the two $10.00 charges to be refunded, also.

All this poses the question: Why does Mercantil Banco Panama does not allow Payoneer clients to use their cards to “load” money into “Mony”? (again, no pun intended, I wasn’t the one who thought of that name). There doesn’t seem to be any technical issue regarding that. Is it because Payoneer charges a commission? As far as I know, most banks do. As a matter of fact, Mony charges money (again, no pun) for any transaction you make with the account. The only thing they apparently do not charge money for is for inter-Mony account transfers.

Payoneer is an international corporation that allows clients to make and receive payments from around the world no matter the currency they use. They allow for currency exchange. They provide clients with the option of handling three main currencies within their platform: dollars, euros, and pounds. Clients can transfer funds from their Payoneer accounts freely with virtually no restrictions to their local bank accounts, and they have lots of other convenient features and options.

People might ask, why did you choose to have a Mony account if you have Payoneer which, as you say, is so incredibly fantastic? Well, I got really enthusiastic about having an account with Mercantil Panama since I have been a Mercantil client in Venezuela for many years. I have insurance with Mercantil Panama also, so I thought it would be cool and convenient to have a Mony account. I did really like the concept and the prospective option of having an account with them that would further allow me to mobilize funds, but sadly enough, I found that Mony put a straitjacket on me the moment they said I could not use Payoneer with them and could not receive bank transfers in dollars from other countries, and it was even worse when I felt I was losing money instead of keeping it safe in my Mony account.

I have to say that I read similar comments on the web regarding this product, but I decided to give them the benefit of a doubt. I feel like I painfully crashed my nose on the wall.

I hope that any official with an open mind read these opinions and reengineer their product, which I believe has a lot of potentials, but it still needs to be fine-tuned. Don’t give me any grief either, this would have been a very positive article if things had worked otherwise. Peace.