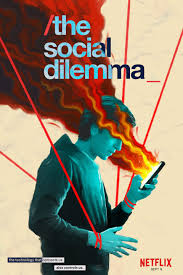 Netflix presented a new and compelling documentary titled The Social Dilemma. The program deals with social networks and how they can predict the tastes and future choices of their users to deploy paid advertising that matches them.

An interesting aspect of this program is that it alternates the interviews with dramatic recreations that show how social networks affect their users.

It is a well-known fact that applications such as Facebook, Twitter, YouTube, Pinterest, etcetera, use, in one way or another, the information collected from their users for more things than just displaying content on their timelines or sharing it with friends. It is not about collecting email addresses to sell them to someone who wants to use them in an advertising campaign. The information collected helps the artificial intelligence systems of these platforms to profile the personality and tastes of each user individually.

Anyone can check it very easily. An observant user will notice that Facebook, Twitter, and YouTube present them with content related to profiles they visited previously, videos they watched before, or tweets they read in the past. Anyone who has played music on YouTube knows that after listening to that first song, YouTube will play more songs similar to the first one. The following track will be performed by the same artist. Then, songs of the same style will come in the form of an endless playlist. Finally, other artists performing the same music will appear, and the cycle repeats itself. It looks like a Dj who knows the taste of the users and selects the songs for them. The same is true for videos of some TV show or specific content that the person watches. If the user starts by watching videos on conspiracy theories, more and more videos on the same topic will follow.

This example shows how these systems have become highly specialized and can predict the content we want to consume based on what we have listened, read, or seen beforehand. That’s why Facebook can suggest acquaintances to add them to our friend lists.

The AI systems of the social network platforms also know about the websites we visit outside of their reigns. Some readers must have noticed that, after consulting a webpage on the Internet on any topic, banners related to the website we visited before appear on YouTube videos .

There would be nothing wrong with this, in principle, if it were only about banners or advertising that the systems want to show us. According to the documentary, this operation of social networks focusing on users and the content they consume limits the possibility of selecting what we want freely. The experts state that social media modify the way of thinking and the behavior of the user, turning the use of these platforms into an addiction. They even cite an author that said “Drug Dealers and IT people are the only people who call their customers ‘users’”.

This technology can be used by anyone willing to pay for it. This point is potentially dangerous because, in the hands of the wrong individuals, these behavior tracking tools of social media platforms can modify the response of entire nations. At least, this is what the interviewees suggest in the documentary. In particular, they talk about the events in Myanmar where it was suspected that social networks were used to provoke the rejection of the population against Rohingya Muslims. In 2019, Reuters reported that Facebook had closed 89 Facebook accounts, 107 pages, 15 groups, and five Instagram accounts, some of which had hundreds of thousands of followers. Some of these accounts were linked, according to Facebook, to people that wanted to ”manipulate or corrupt the public debate.”

According to the documentary, there has been an increase in self-aggressive behaviors and suicides in pre-adolescents and adolescents linked to bullying and other conducts related to self-perception and self-esteem. The interviewees mention a new kind of conduct known as ”social media dysmorphia“ or ”selfie dysmorphia“. People who display this behavior seek the help of plastic surgeons to look like the images produced by digital filters when applied to their own pictures.

This documentary can be seen on Netflix.

1 thought on “The Social Dilemma, the Netflix Documentary That Reveals Social Networks as Sinister”