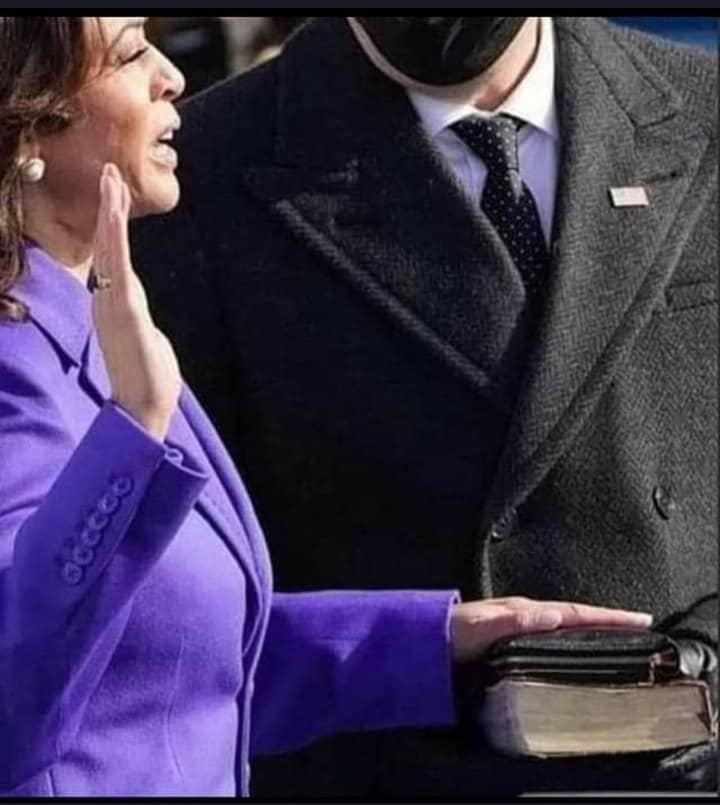 The picture above was used as proof to justify the false claim that Kamala Harris took oath without touching the Bible.

Many aspects of our lives have changed in our world at such breakneck speed that at times we might forget how things were done in the past. I remember the time when you needed to watch the news on TV, listen to them on the radio, or read them in the newspaper to learn about what happened in your community, your town, your country, or around the world. If some major event had captured the attention of all the people, you had to wait for the 9:00 PM news to learn about it or wait until the next morning to read it in the newspaper.

The internet and The Propagation of Falsities

With the advent of the Internet and more recently the use of smartphones, the possibilities to learn about news, trends, and share them with our coworkers, neighbors, and relatives have amplified in such a way that we are overwhelmed with emails, Whatsapp messages, Facebook feed news, Twitter and Instagram posts, and the like. I feel that this fact somehow is forcing us to take the role that, back in the day, was held by newscasters and journalists when filtering and proofing information before it got broadcast. The difference is that the regular social media user does not know how to do it or does not feel particularly responsible for it. This situation is directly related with the re-sharing of articles, videos, posts, et cetera, that the integration of the different platforms facilitates. I believe this would not pose any threat if we were sharing personal news about activities in our daily lives. A great deal of the shared content comes from third-party writers and posters who put poorly researched information out there. In a world dominated by fake news, social media, and so many actors that want to control public opinion, it becomes apparent that we, as users, have to exert an active control of the information we help propagate.

Why do I say all this? I see with growing concern how so much false, not well-proofed, maliciously created, and fake content is shared on social media and messaging services with astounding ease. Not only that. The range of topics that such wrong content covers is also alarming. It goes from religious-like assertions to false information about current events.

For example, a Whatsapp user in a group that I follow shared a post about Kamala Harris not placing her hand on the Bible when taking her oath as Vice-President of the United States. According to the message, which was documented with a picture, Mrs. Harris did not take her oath correctly, implying that it was on purpose. You only needed to zoom in the image the user had sent to notice that Vice-President Harris had not taken oath on one, but two Bibles, and the volume place on top was smaller and darker in color than the one placed below. The black leather lining of the upper Bible covers got mixed up in the picture with the black clothes of the person holding the books, which made the hand of Mrs. Harris appear as if it was hovering over the Bible placed below, without touching it. I remembered that I had listened about the two Bibles in the broadcast of the inauguration ceremony, so I searched the Internet about Mrs. Harris and the two Bibles controversy. I was shocked to learn that many Internet websites were propagating false information about her oath taken wrongly. I found another picture, shot from another angle, where both Bibles could be clearly seen. Of course, I sent a message to the group refuting the false information.

The person who posted the message replied that others should worry about double-checking the information, and that she had posted it the same way she received it. That simple fact tells about the lack of responsibility people feel they have regarding this issue.

Fake Gurus and The Such

Another aspect of this problem that worries me is the ton of information that appears on websites such as Facebook, YouTube, and the like, about self-proclaimed gurus that present themselves as holders of the truth for making money fast and easy, communicating with angels or achieving spiritual enlightenment. I have nothing against people looking for ways to have material success or spiritual improvement, but again, in today’s world, we have to be cautious about who we lend our ears to. The purported knowledge they proclaim can be a distorted truth that might separate us from our spiritual illumination rather than getting us close to it, for example. It could also be a scam to take our money by offering courses that will amount to nothing, or that have information that you can find on the Internet for free. Many of these so-called gurus just disseminate reheated content, amalgamated with ideas also taken from someone else or, even worse, created by themselves without any philosophical or canonical knowledge.

We have to be responsible users of social media, messaging platforms, and other similar apps. As I said before, we have to embrace the fact that we hold the position of broadcasters and reporters. It does not mean that we have to do the kind of research and proofing that a journalist would do, that is not our job, but if we get hold of a piece of information that seems outrageous or suspicious, we should perform a little bit of research before sharing it or at least state that we do not know for a fact that it is true. It is a way of exerting a responsible use of social media, which has become so universal nowadays and that has a powerful influence in all aspects of our lives.